We will review the situation and a final decision will be made later this summer.
Watch this page for updates and please know we are anxious to gather as a community, but the actual dates remain subject to change. 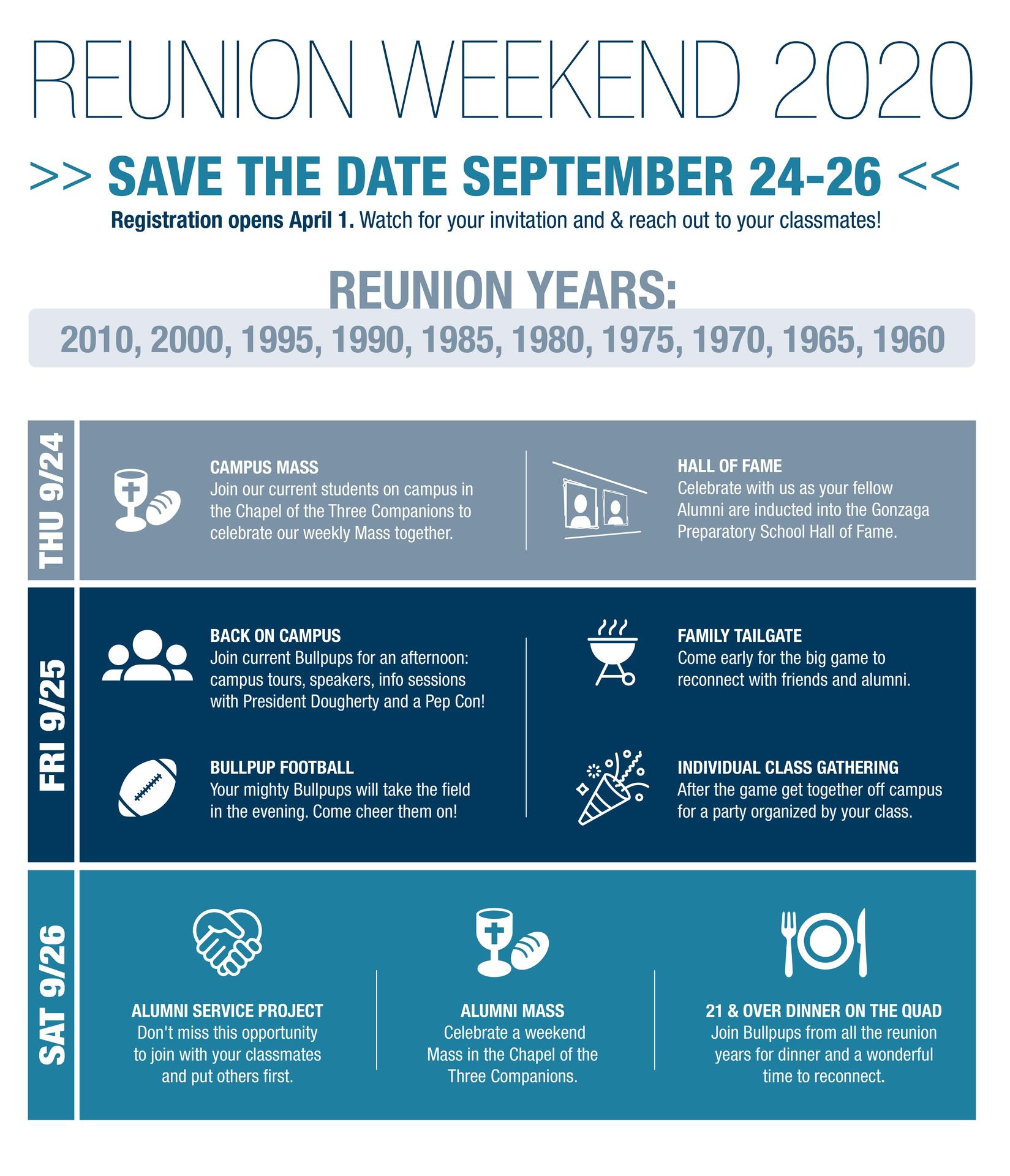 More than 450 Gonzaga Prep alumni and family gathered from across the decades on the Prep campus for Reunion Weekend 2019. Classmates took tours, reconnected with stories, memories, and revelry well into the night. More than 100 alumni and family of grads 60 years ago and longer for a Mass and dinner in Barbieri Student Center on Saturday night. We love the serendipity of unexpected re-connections and the strengthening of bonds that have grown from long-ago experiences at Prep.

Here’s a snapshot of some of their stories: 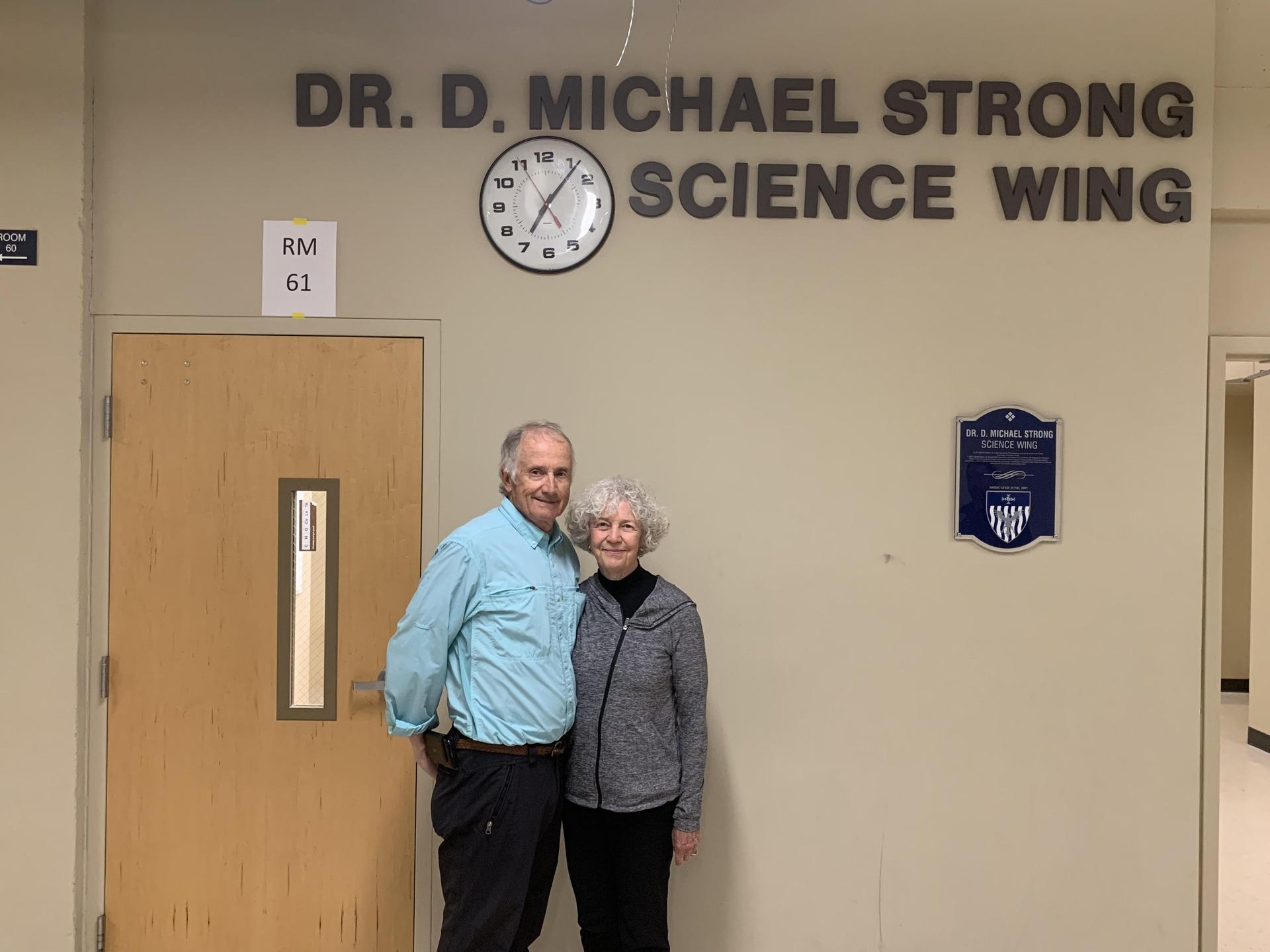 Class of `59 alumni Dr. Mike Strong and wife Sunny attended Reunion Weekend 2019, taking in all the changes on campus and visiting the science wing that bears his name. 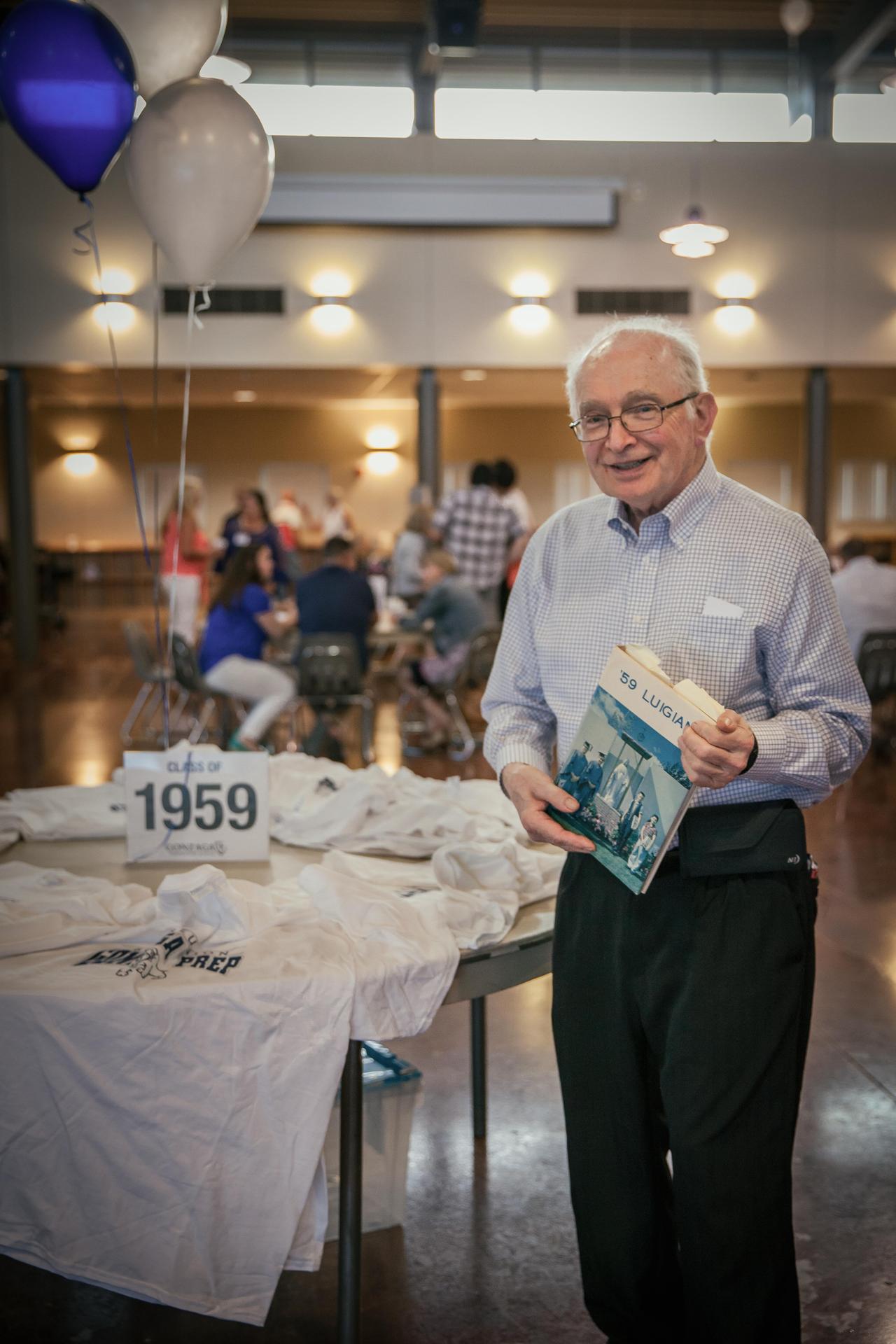 Prep was worth the work

“Best thing I ever did was put myself through Prep,” says Gary Skelton `59. Skelton, among 30 from his class attending Reunion Weekend 2019, held a paper route and worked as a box boy at Albertsons while in school at Gonzaga Prep. 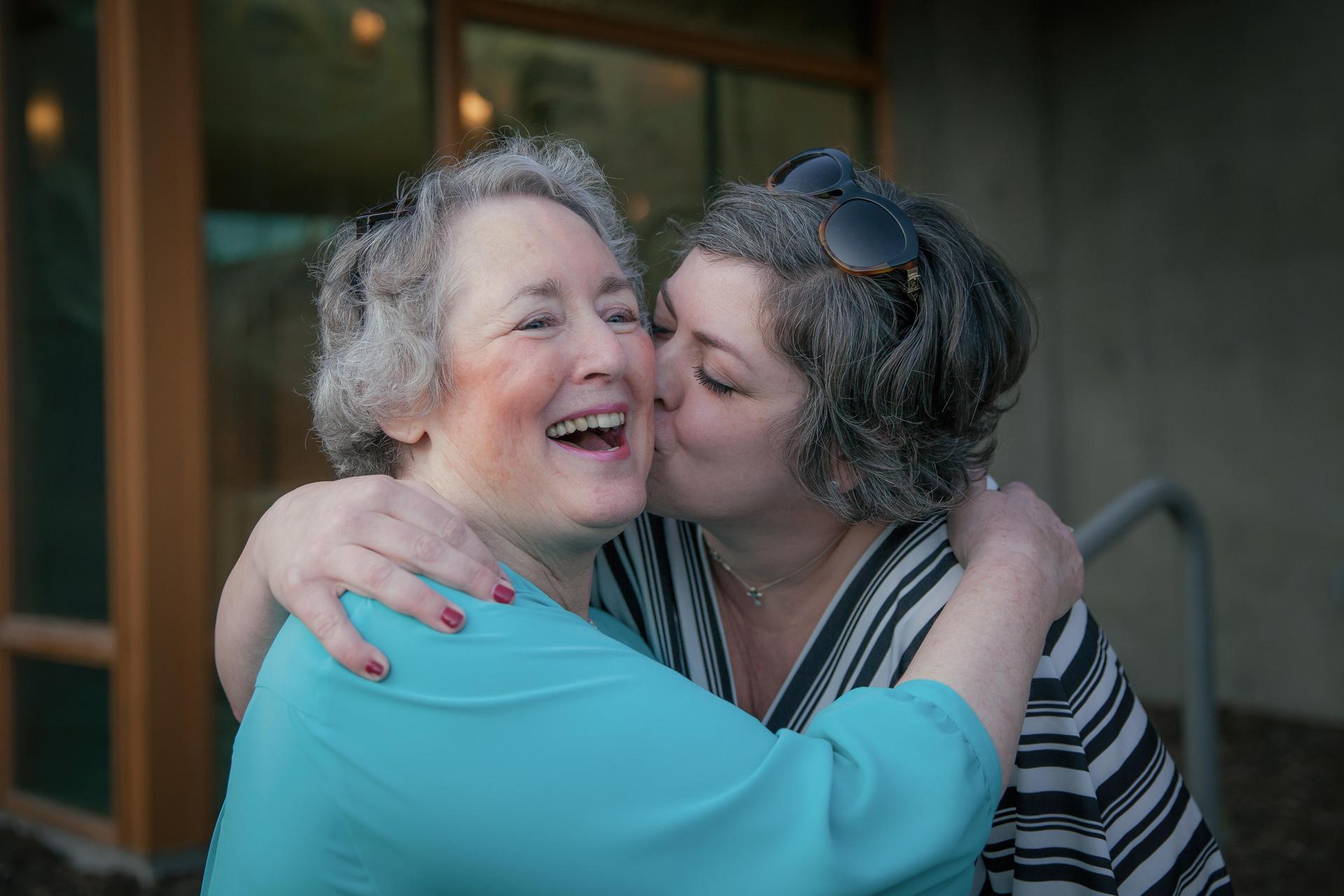 Holy Names alumna Trish McFarland `64 was the Gonzaga Prep development director in the `90s. She’s delighted her daughter Molly `94 is joining the Prep faculty this fall in the history department. 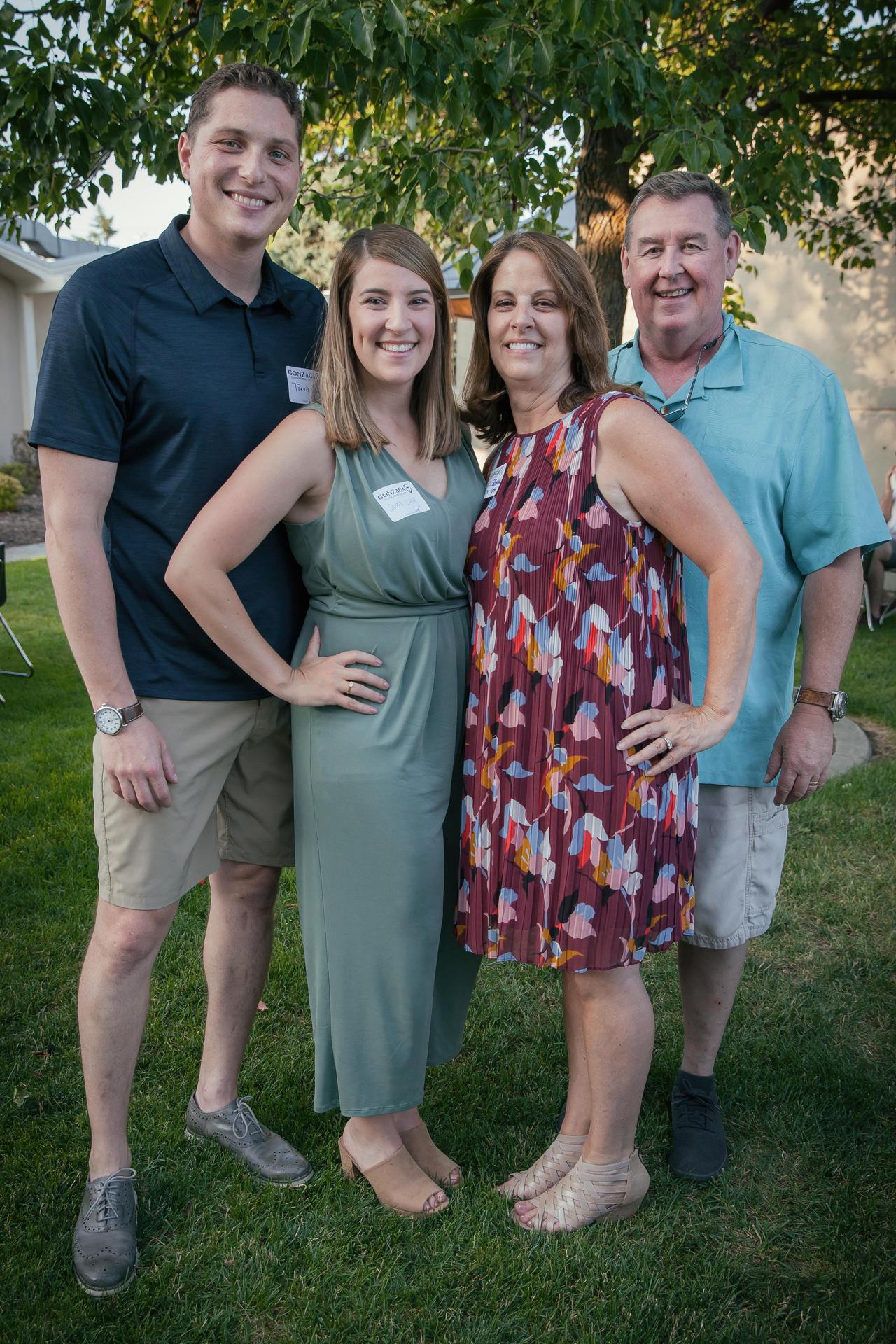 Sweethearts then and now

Love was in the air when high school sweethearts John Manix and Carol (Cronin) Manix graduated in `79. They attended Reunion Weekend 2019 along with daughter Sarah (Manix) Long `09 and husband Travis `09, who found true love in high school too. Sarah now works as a counselor at Gonzaga Prep and Travis is head coach for JV boys basketball. 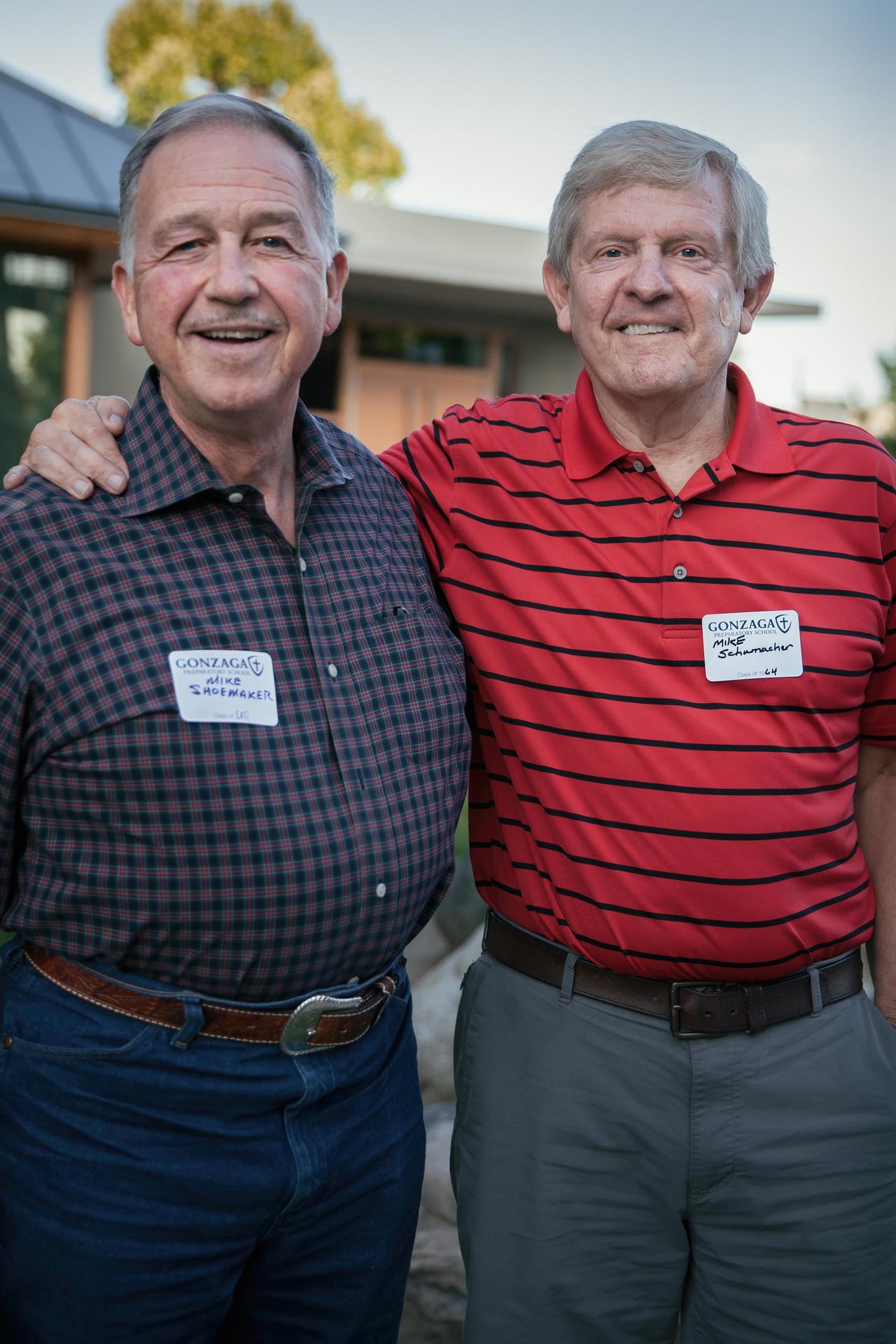 Thanks in part to good timing, Reunion Weekend is a family affair for more than a few Gonzaga Prep alumni whose reunion years spanned from 10 to 60 years.

The Reunion Cup
The class with the highest percentage of graduates who pre-register for the reunion will win the Reunion Cup.  Each member in attendance will receive a special Gonzaga Prep cup as a souvenir.

Take the reunion survey
Help us plan for next year by filling out this short form.
Reunion class photos
(Click to open in new window, then right-click to save hi-resolution image.) 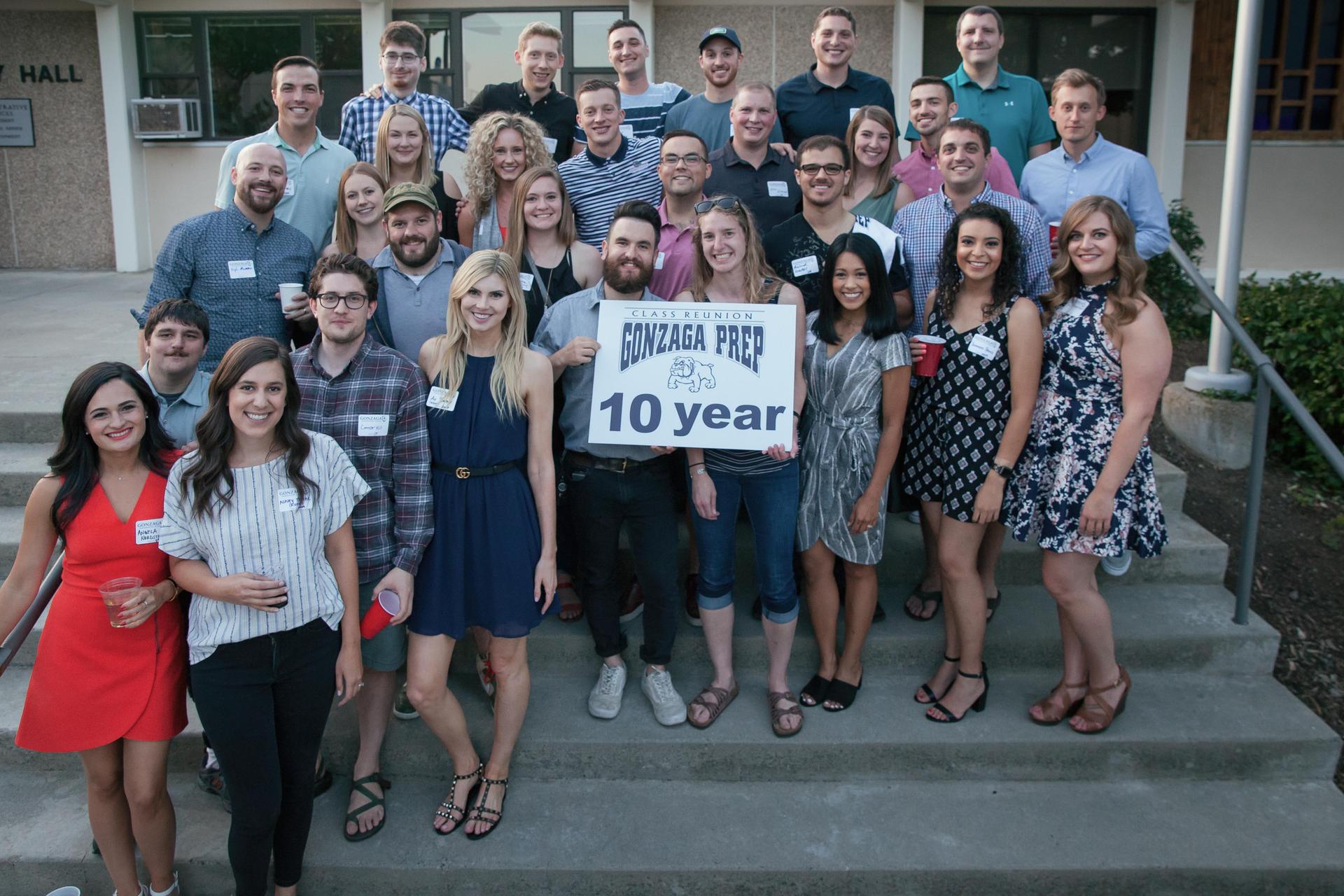 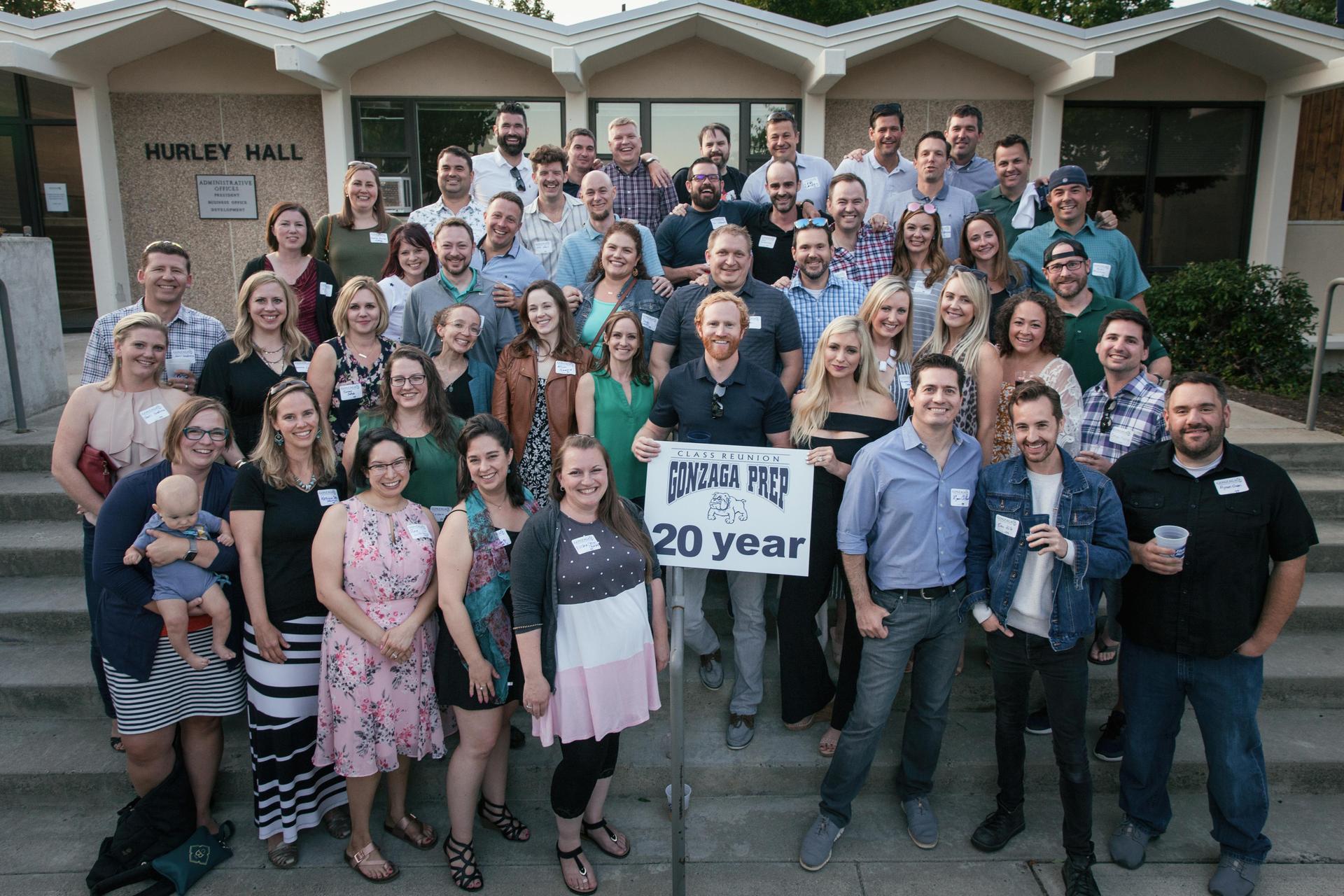 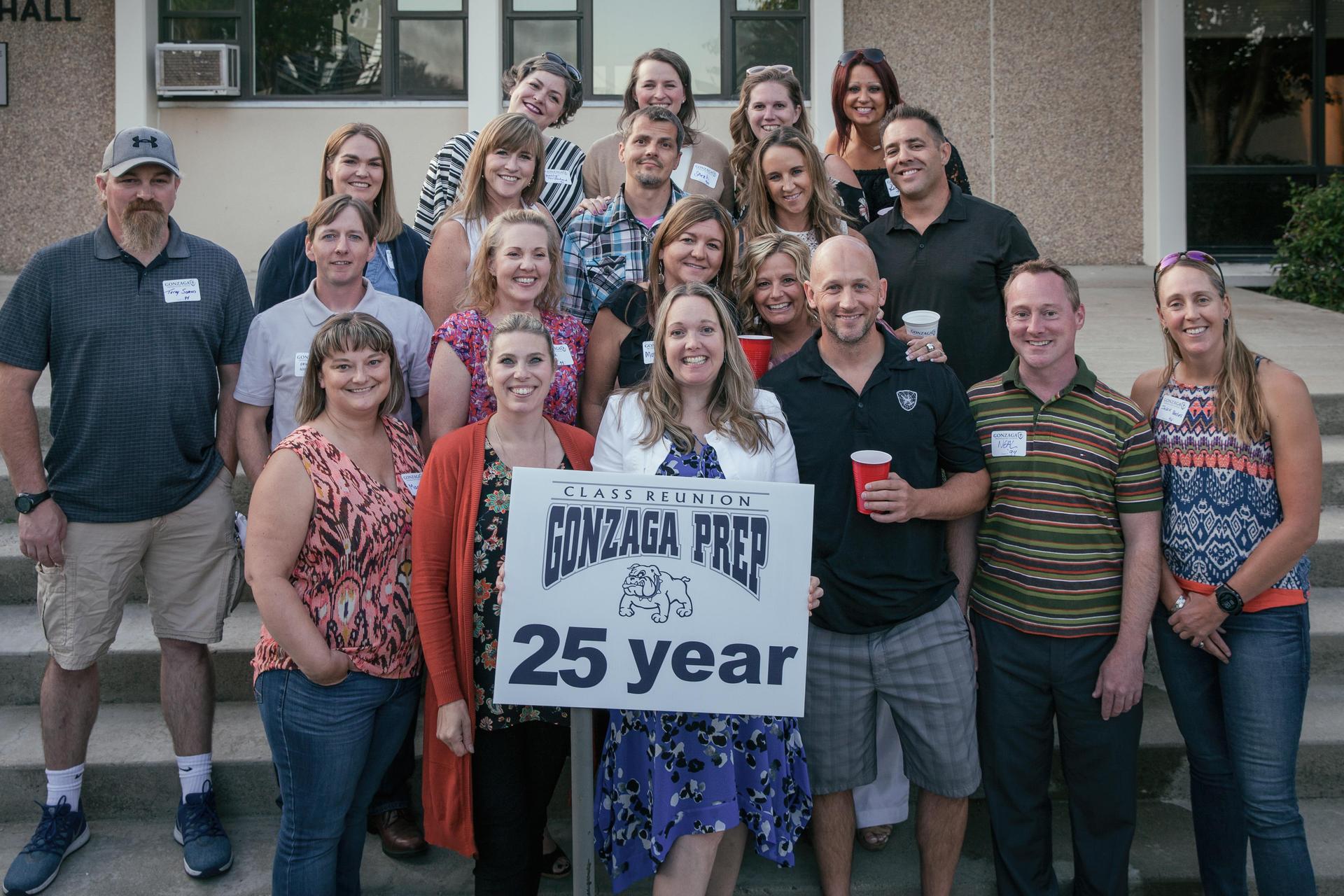 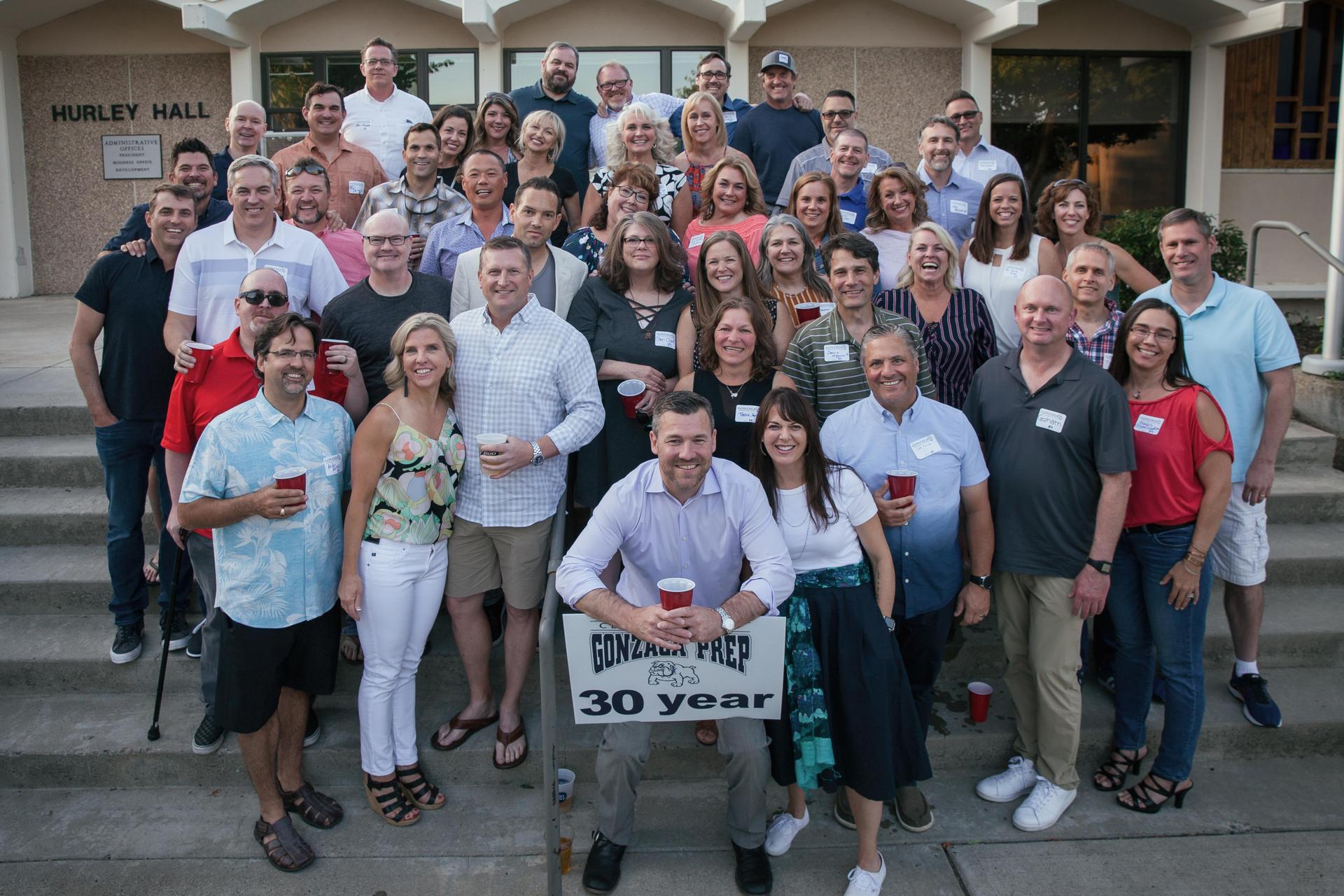 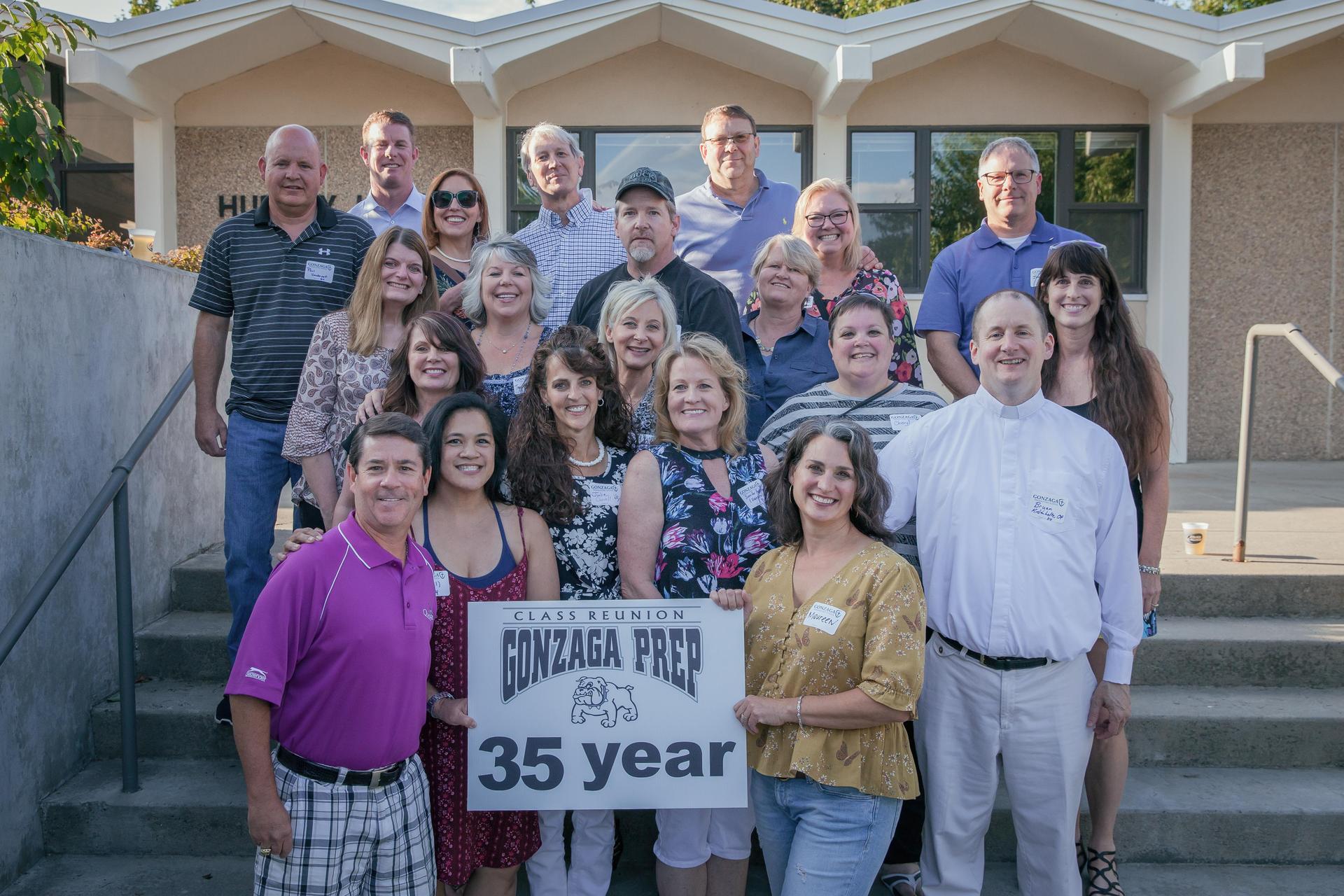 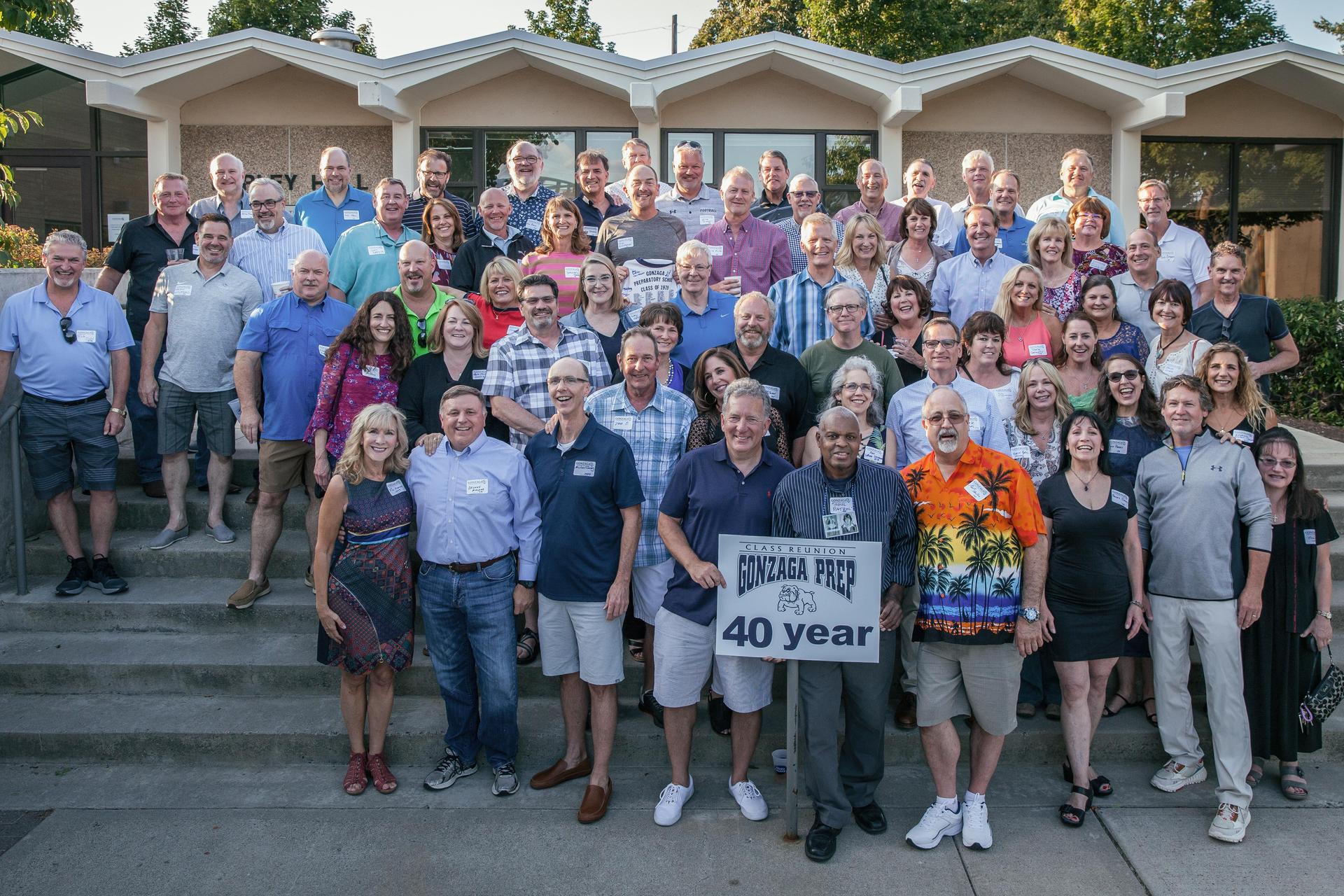 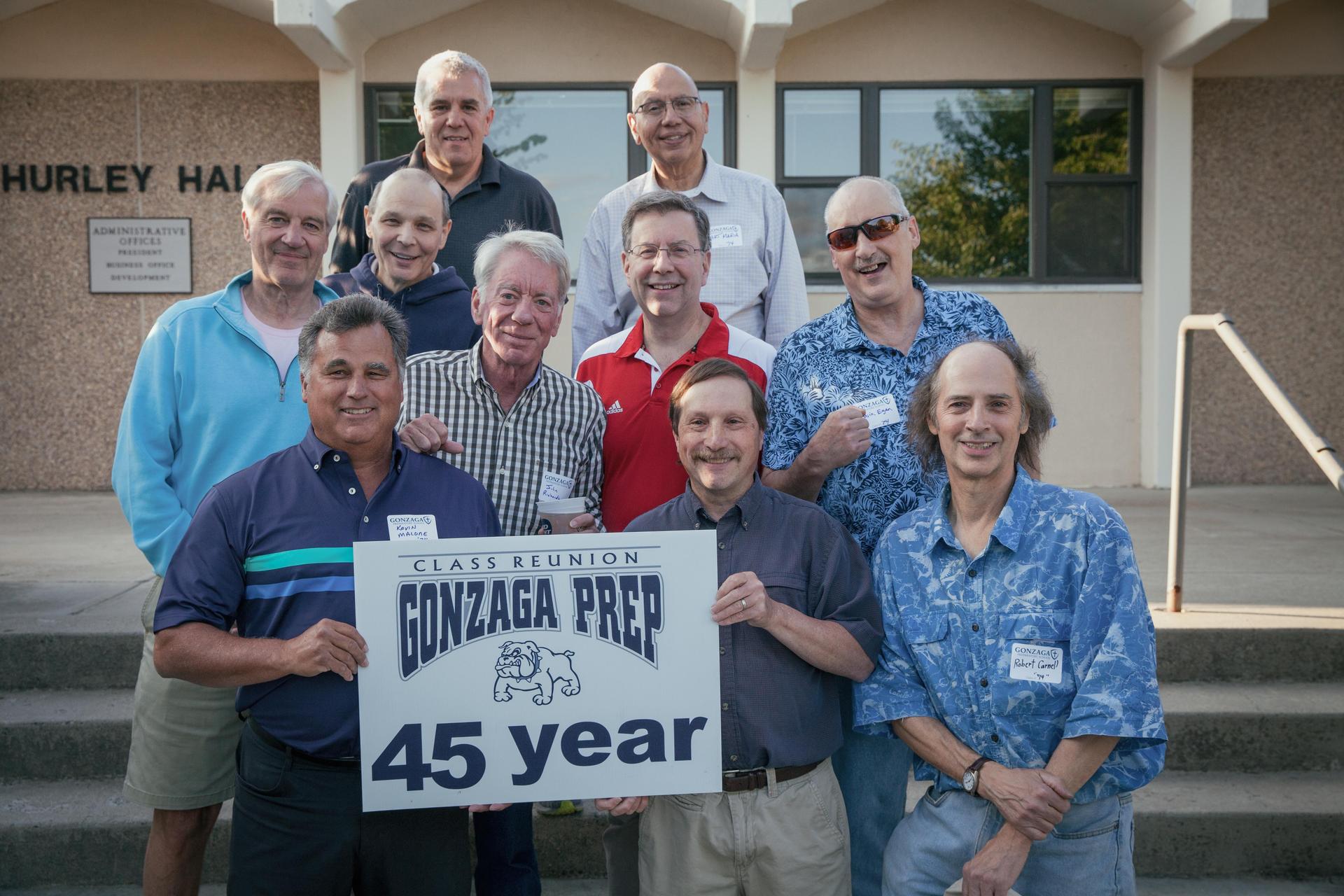 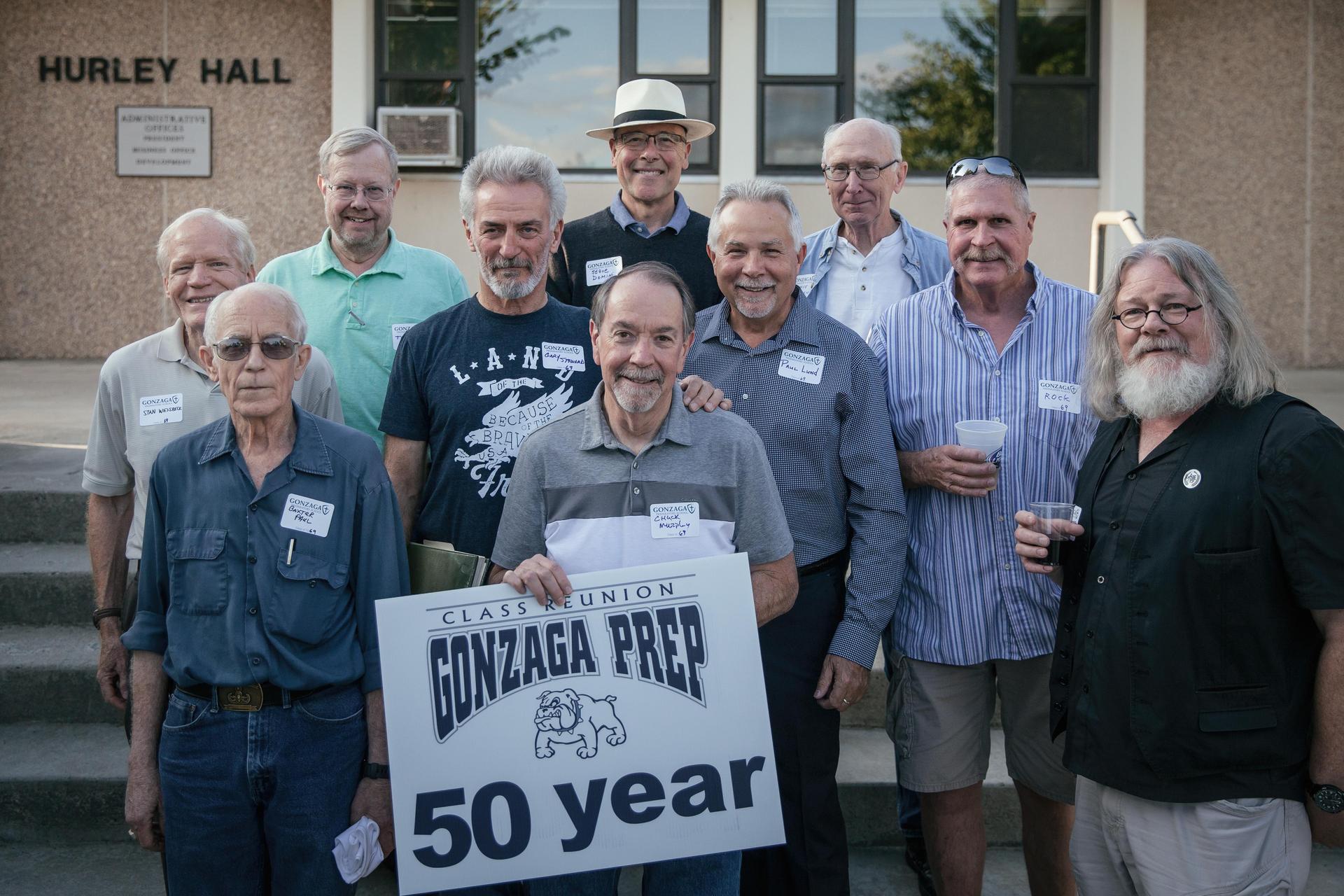 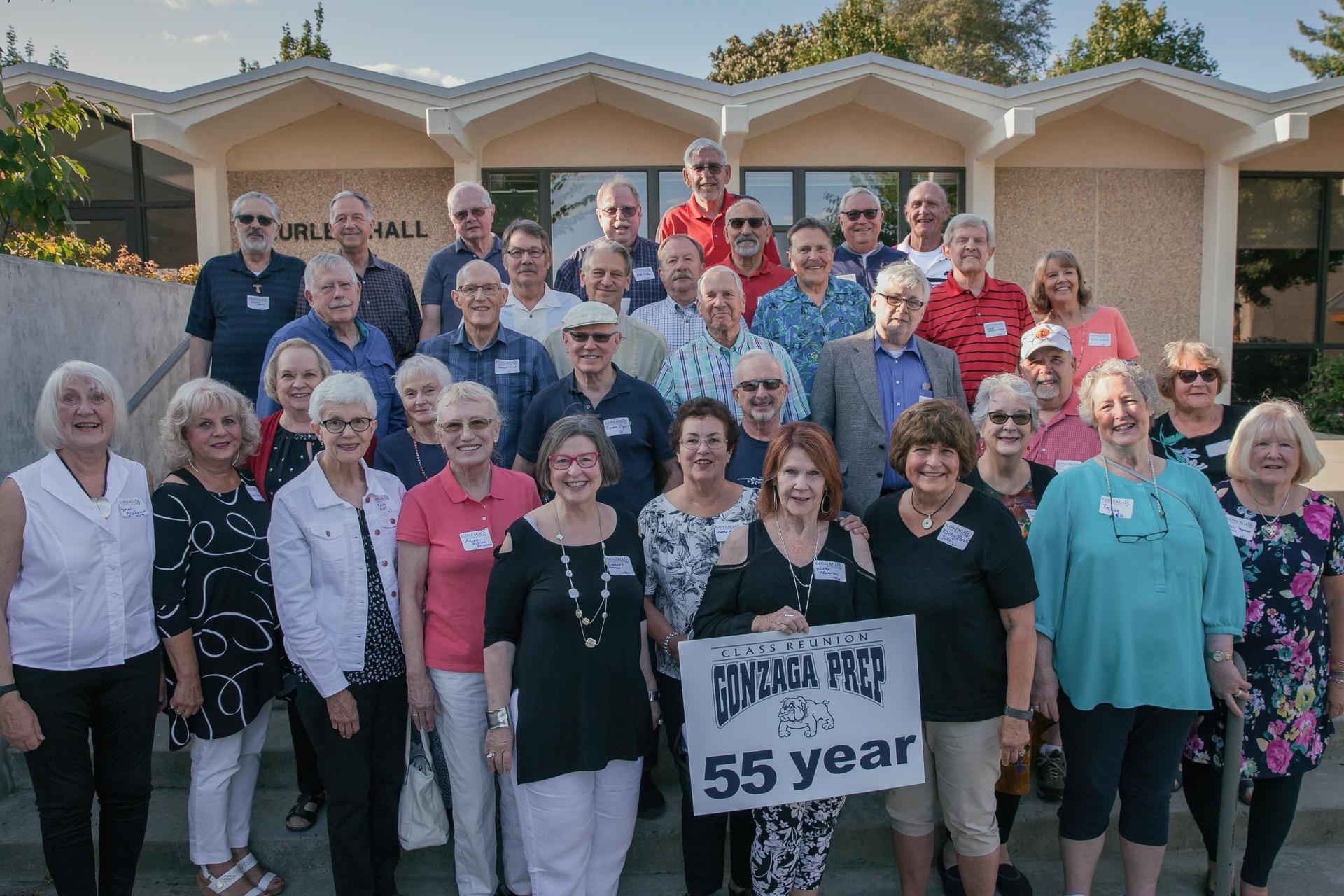 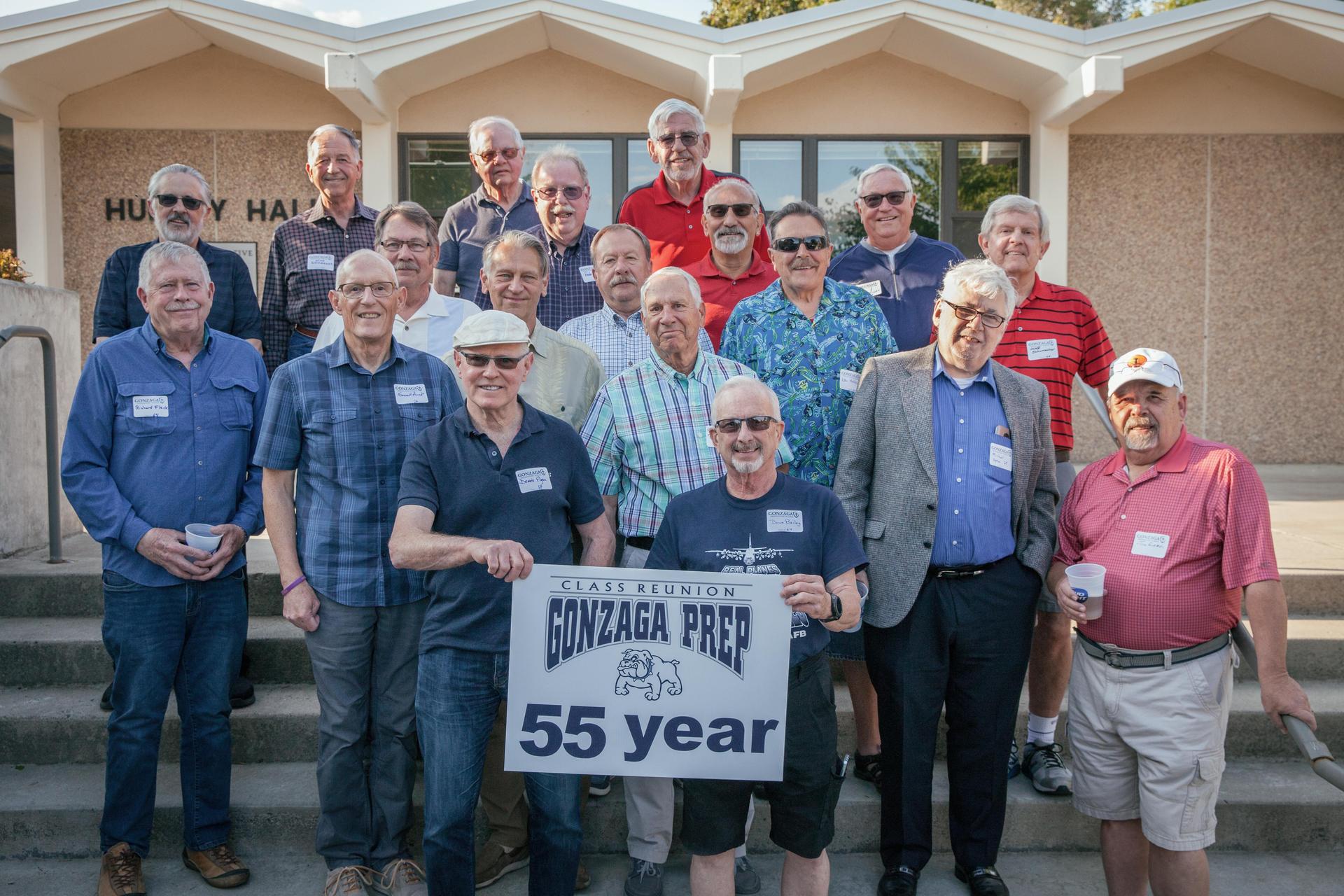 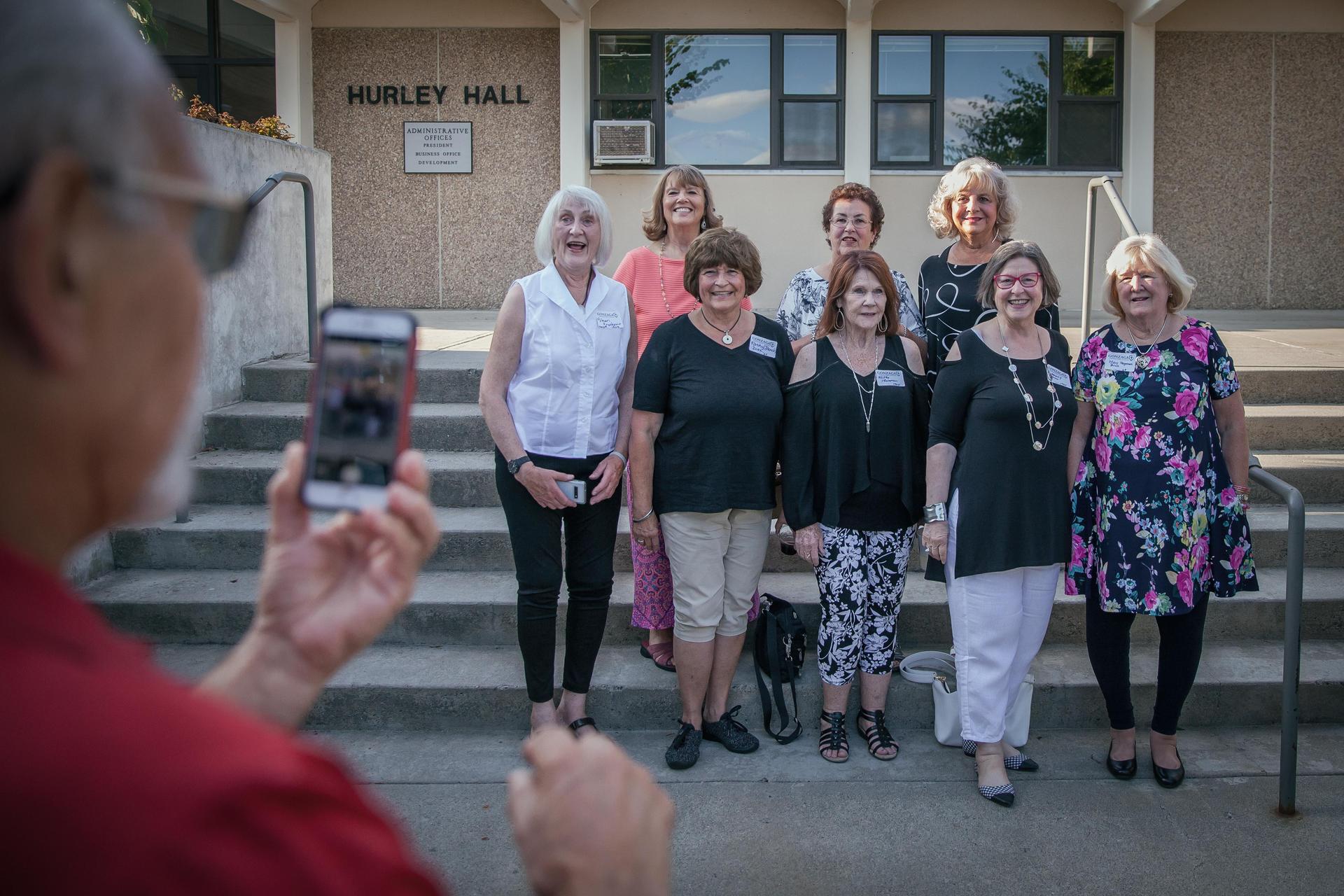 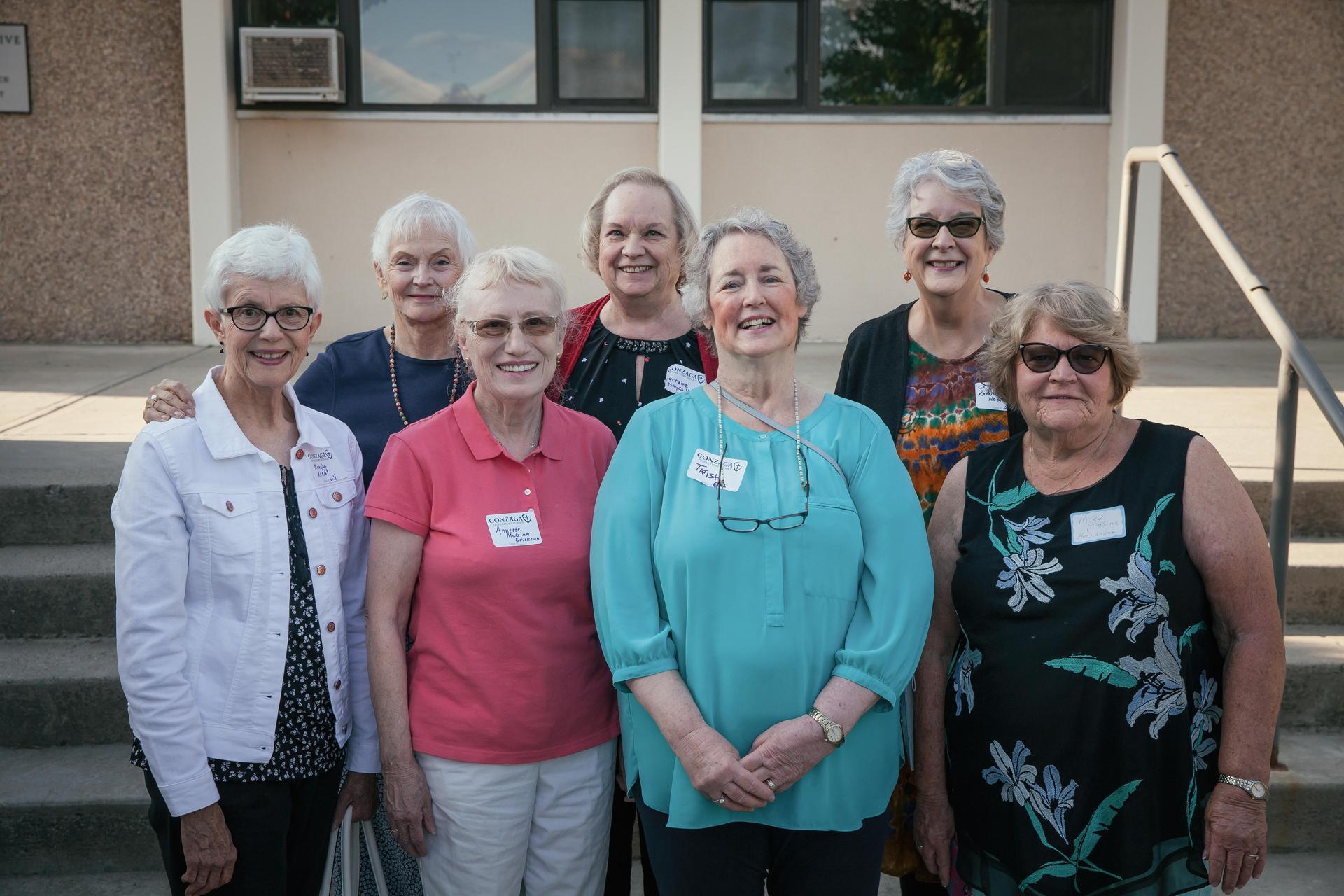 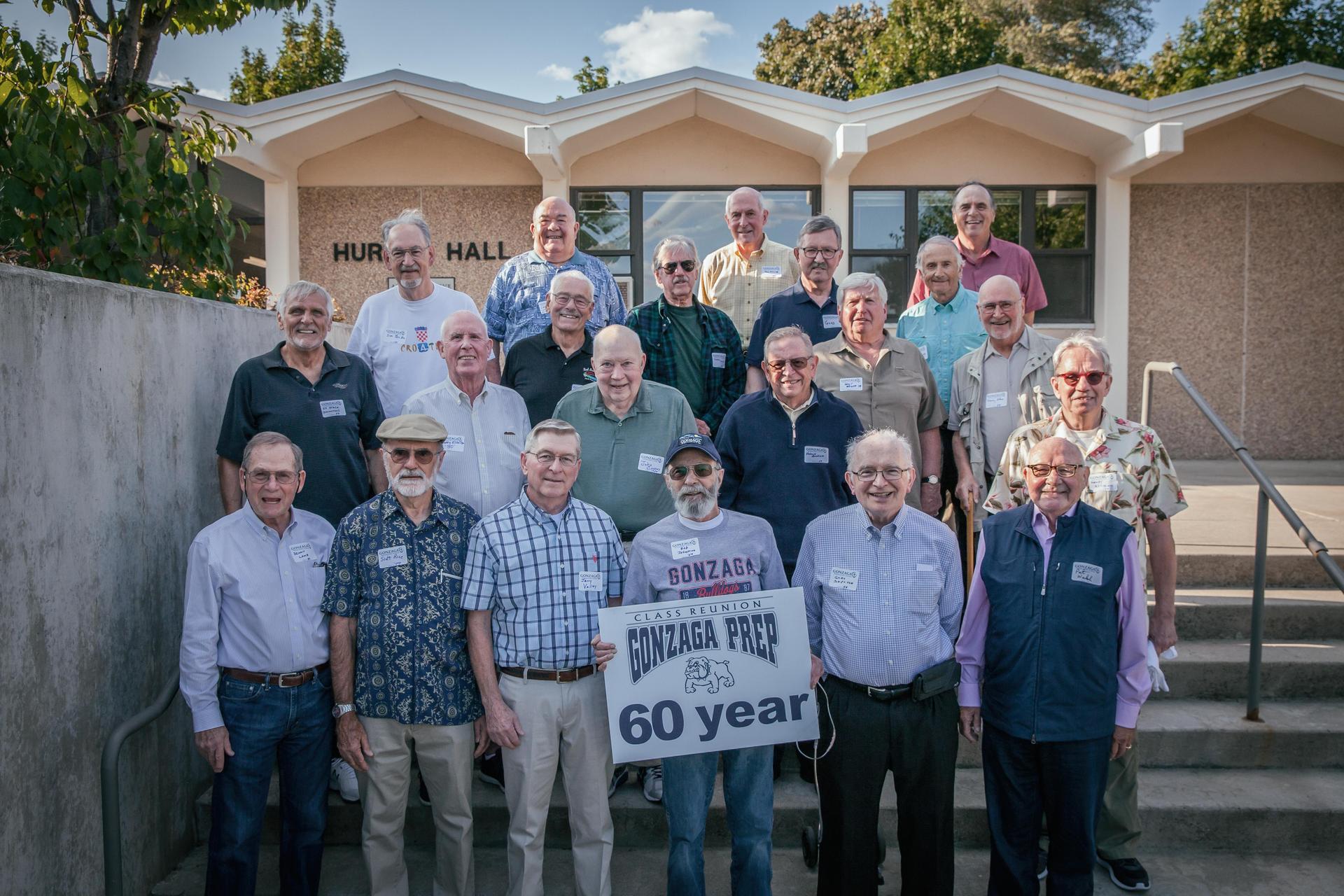